THE STORY BEHIND MY STORY

One of my first memories as a child is my mom’s bedtime stories. She would either read a beloved fairytale to me or turn off the light, hug, me and narrate short stories she knew by heart. The darkness helped my fantastic worlds unfold, and all the characters came to life to amuse me.

Growing up, we had no TV at home. We had one, but it was never on. I remember one time my dad tried to watch something, and the TV exploded. No one was sad, as if it was an evil object that got what it deserved. Apart from my mom’s voice, I had a big collection of stories recorded on tape and vinyl. I would often sit comfortably and listen to all kinds of tales, myths, and inspiring short stories with moral lessons for hours.

In my teenage years, I realized that my dad wrote poetry. I am not sure if he started then or if that was the time I found out about it. His poems were quite spicy, I would say. But they were written so elaborately and with such great sense of humor. There was nothing vulgar in them at all. Nevertheless, they weren’t for the youngest audience, and now that I look back in time, I think that’s why I found out later. My dad had a muse! It was a friend who lived in Paris, the one who encouraged him to write and the one who received a letter every time he had a new poem ready. 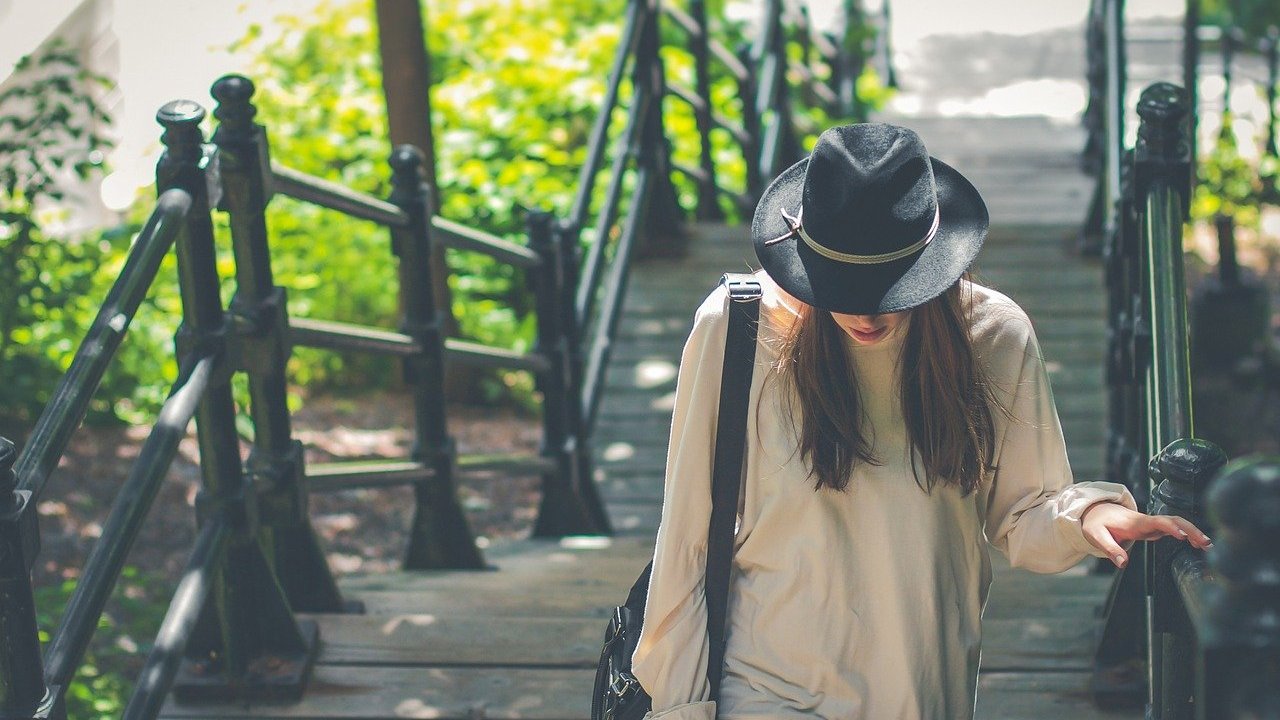 So, it was sometime in high school that I realized how much I enjoyed writing.

I blame my literature teacher for that! He gave me the greatest gift, a good foundation of grammar and world literature. Towards the end of my high school years, he and I did not have the best connection. I was too rebellious, and he wasn’t in a great place at that point in his life. Besides the friction that made our student-teacher relationship fall apart, I will always be grateful for the knowledge that he shared so generously!

I was 17 years old when my step-brother was born. It was my turn to become a storyteller. Back then, we lived apart, but every time we got together, we would cuddle in bed, and I would read his favorite fairytale to him.

It was a folklore story about a poor, old shepherd called Pablo, who lived on a small farm with his sheep, a duckling, and a kitten. He once saved a gecko from a wildfire that turned out to be the son of the gecko king. The king rewarded him with a magic gem that would fulfill the shepherd’s wishes. As in many fairy tales, he got greedy and wished for a castle made of marble. His neighbor Ivan came by, and Pablo told him all about the magic gem. When the old man fell asleep, Ivan stole the gem and the castle.

Pablo was unfortunate, so the kitten and the duckling decided to take a journey and bring back the magic stone. They walked and walked until they reached a river. The kitten jumped on the duckling’s back, and they swam to the opposite shore to reach the marble castle. They sneaked in when it got dark and found Ivan sleeping with the gem in his mouth. The kitten tickled his nose with its tail, and he sneezed it out.

They ran back and started crossing the river again when the kitten asked the duckling to show him the gem. That’s how they dropped it in the water. After a while, a fisherman saw them crying, felt sorry and offered them a fish. Inside the fish, they found the gem. The duckling and the kitten ran back to Pablo, who was even sadder than before because he thought he had lost them as well. He used the gem only once more to punish his neighbor and kept living his simple but happy life.

At that point in my life, I felt like I had graduated from Fairytale school and had learned my lessons:

1) Be nice if you want others to be nice to you.

2) Evil exists, and in most cases, it can be defeated with kindness.

And last but not least:

5) Miracles CAN happen if you believe in them!

The years were passing, and I kept living my crazy life. I worked hard and played even harder; I traveled, partied, ate delicious food and tried some outstanding wine.

Towards my thirties, I realized that I had the necessary knowledge and a pile of memories needed to start writing my fairy tales. My father’s enthusiastic support and subjective perspective boosted my confidence and gave me the courage to start. On the other hand, my objective partner, who is now the father of my children, gently pulled me back to earth to avoid a big crash. In other words, he taught me that you have to open your mind before your mouth. Both were truly helpful.

And after all that, I found out about The Happiness of Knowledge, and I gladly agreed to write short stories with moral for this fantastic project. As a writer in this project, I feel like part of something profitable, and I hope more people will become members of the project and find something for themselves.

I have to confess I like happy endings in movies, books, and course in the stories I write.

My characters need to earn their happy ending with effort, with proper values and morals, faith and empathy, and most importantly, kindness and respect. And this stands for the characters and heroes in real life too! We all need to re-evaluate the simple things in life, the small gestures and acts of kindness. Let us all help our children live their fairytale happily ever after.

We use cookies on our website to give you the most relevant experience by remembering your preferences and repeat visits. By clicking “Accept All”, you consent to the use of ALL the cookies. However, you may visit "Cookie Settings" to provide a controlled consent.
Cookie SettingsAccept All
Manage consent

This website uses cookies to improve your experience while you navigate through the website. Out of these, the cookies that are categorized as necessary are stored on your browser as they are essential for the working of basic functionalities of the website. We also use third-party cookies that help us analyze and understand how you use this website. These cookies will be stored in your browser only with your consent. You also have the option to opt-out of these cookies. But opting out of some of these cookies may affect your browsing experience.
Necessary Always Enabled
Necessary cookies are absolutely essential for the website to function properly. These cookies ensure basic functionalities and security features of the website, anonymously.
Functional
Functional cookies help to perform certain functionalities like sharing the content of the website on social media platforms, collect feedbacks, and other third-party features.
Performance
Performance cookies are used to understand and analyze the key performance indexes of the website which helps in delivering a better user experience for the visitors.
Analytics
Analytical cookies are used to understand how visitors interact with the website. These cookies help provide information on metrics the number of visitors, bounce rate, traffic source, etc.
Advertisement
Advertisement cookies are used to provide visitors with relevant ads and marketing campaigns. These cookies track visitors across websites and collect information to provide customized ads.
Others
Other uncategorized cookies are those that are being analyzed and have not been classified into a category as yet.
SAVE & ACCEPT